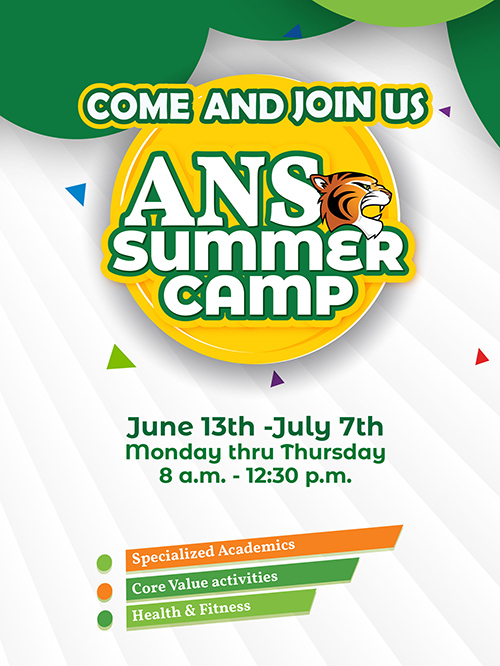 We are a private, non-profit, coeducational multicultural institution, founded in 1944 with a tradition of excellence.

We advise students on the importance of building the best four year record.

We provide a rigorous academic program through an American curriculum taught in English.

Located on a 26-acre campus, our facilities climate-controlled learning spaces

Latest News from The Eye of the Tiger

The ANS Mission is to provide its multicultural student community with a US-accredited college preparatory program, based on democratic and universal values, that develops critical thinkers and ethical individuals capable of realizing their leadership potential by making meaningful contributions to society.