My inspiration to read Japanese novels was spurred mostly by my interest in the country’s animation. It would be dishonest to say that I read them purely out of indifferent, unbiased interest in their contents. However, what I discovered was a much more entertaining medium of literature than expected. Of course, the books I read were translated versions, but they were entertaining and not in the least monotonous nor boring.

I started reading Haruki Murakami’s works after being introduced to Southbound, a novel by Hideo Okuda, which further convinced me to read Japanese novels. A quick search online revealed to me that Haruki Murakami was among the most popular, and the first book that launched him to popularity was Norwegian Wood, named after the Beatles song. This book flowed more smoothly and naturally than expected, considering that they were translated, and captivated my attention than many other books that I had read in recent times. 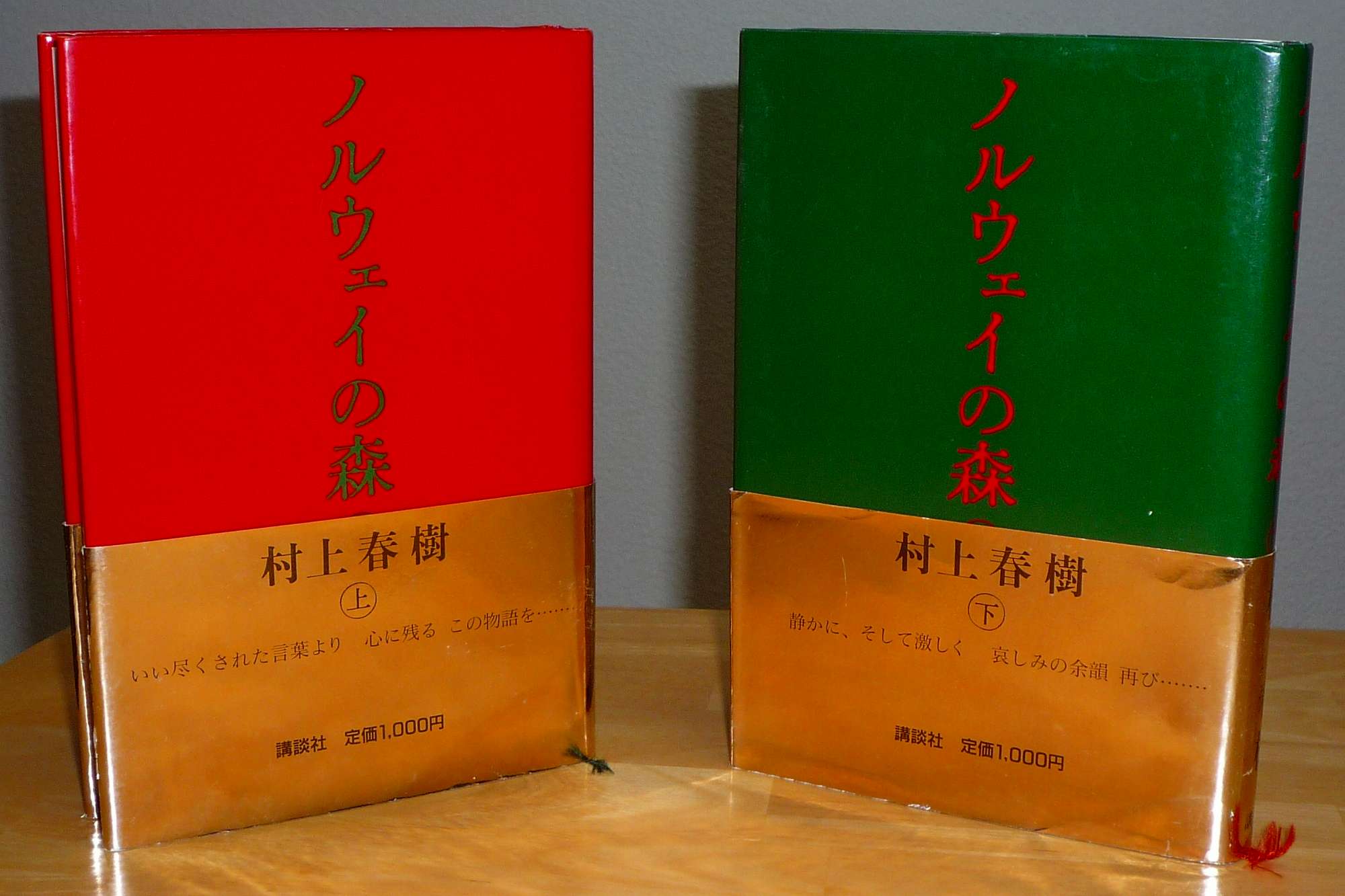 Norwegian Wood (ノルウェイの森) delivered exactly what it promised on its cover. It was a realistic fiction told from the perspective of a matured adult recounting the story of his youth and a girl from that time that he could never forget, embarking on a story of loss, emotional maturity, and restless desire. This book could be best categorized as a bildungsroman, which was the original intention of the author, and this also seems to be one of the most common themes that are incorporated in these works.

Despite being published in 1987 and being based in late 1960s Tokyo, the ideas are timeless, and I was able to clearly comprehend the emotions and actions of the protagonist. Although simplistic and clichéd in a way, this is a story of loss, consisting in the suicides of both of his childhood friends. The former results in the clumsy reminiscing of a time that was simply too emotionally chaotic and hurtful to register and remember properly. The story builds an unreal sense of hope after the loss of his childhood friend, of rebuilding burnt-down bridges with the girl that both him and his late friend knew. However, at the peak of happiness and hope, when he was about to embrace this girl, the girl he promised to never forget, everything comes tumbling down. She leaves him behind at the most unexpected time, as if her destiny was to follow her late boyfriend all along. In the end Watanabe, the protagonist, is left with a life in shambles, having ignored his studies, friendships, and life itself for months while coping with this loss, he wakes up in the middle of a subway station, wondering where he should head to next. There is nothing else to do but to move forwards, to wherever life would lead him…

I would recommend this book to anybody who wants to read a straightforward, yet detailed story encompassing the topics of loss with a heavy touch of sexuality. However, due to the aforementioned characteristic, it is advisable for underaged audiences to avoid this book. Still, as we all know, books have no age restriction, but the interpretation of this book’s contents are up to whoever discovers them.