Recently, the people of Kashmir have been treated badly. Girls are getting raped. Children are getting killed. Militants are terrorizing civilians in the fractious Kashmir Valley, hoping to bring life there to a halt in protest of India’s dramatic reorganizing of the region. And many civilians, eager to return to work after weeks of a military clamp down, say they are terrified of provoking the militants’ ire. Many students from Kashmir, who go to other Indian states in order to pursue their higher education or professional courses, are being treated as terrorists there and arrested on mere suspicions. During the previous year, Malik Sajad, a renowned cartoonist from Kashmir, was arrested by Delhi Police for being a Kashmiri.

A good number of Kashmiri students are also languishing in many Indian jails.The students of Indian Occupied Kashmir (IOK), an opposition group, cannot travel freely on  buses, trains and even on airplanes. They are always harassed by the Indian police. The people of Indian Occupied Kashmir dominated by Muslims are always overlooked. They have no say. They are being denied the basic rights.

Here are details of the allegations reported by the BBC:

One man said he was pushed to the ground and beaten with “cables, guns, sticks, and probably iron rods,” by 15 to 16 soldiers, and that they “pulled my beard so hard that I felt like my teeth would fall out.”

A man whose brother had joined the Hizbul Mujahideen, a prominent anti-India and pro-Pakistan militant group in Kashmir, had his hands and legs tied, was hung upside down, and beaten “very badly for more than two hours.”

Another man said Indian security forces ordered him to take off his glasses, clothes, and shoes, and proceeded to beat him “mercilessly with rods and sticks” for almost two hours when he said he didn’t know and couldn’t name any anti-India protesters in his village.

“Whenever I fell unconscious, they gave me shocks to revive [me],” the man said. This shows how brutally they are being treated. 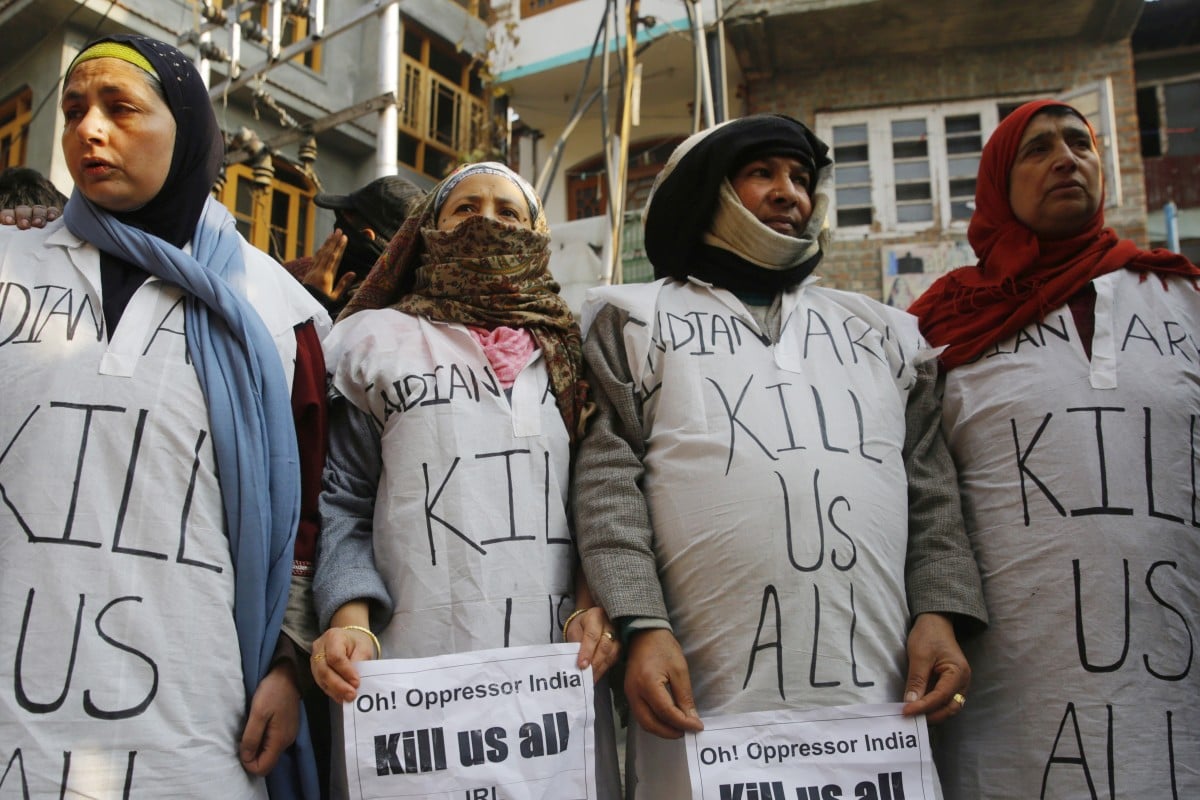 Many people in the Jammu and Kashmir state, which is mostly Muslim, either want total independence or unity with Pakistan. People are hiding in their houses, but still Indian forces  are coming to their houses and killing innocent people. Almost 70,000 civilians have died so far,  and when Pakistan got to know about the Prime minister of Pakistan, Imran Khan, they approached Indian Prime minister Narendra Modi so that they can find a solution without fighting. But that didn’t do anything to stop the violence in Kashmir, so right now there’s a war going on at the border of Pakistan and India and we don’t know for how long  this situation will go on .